All about Medi Cool Cooling kits 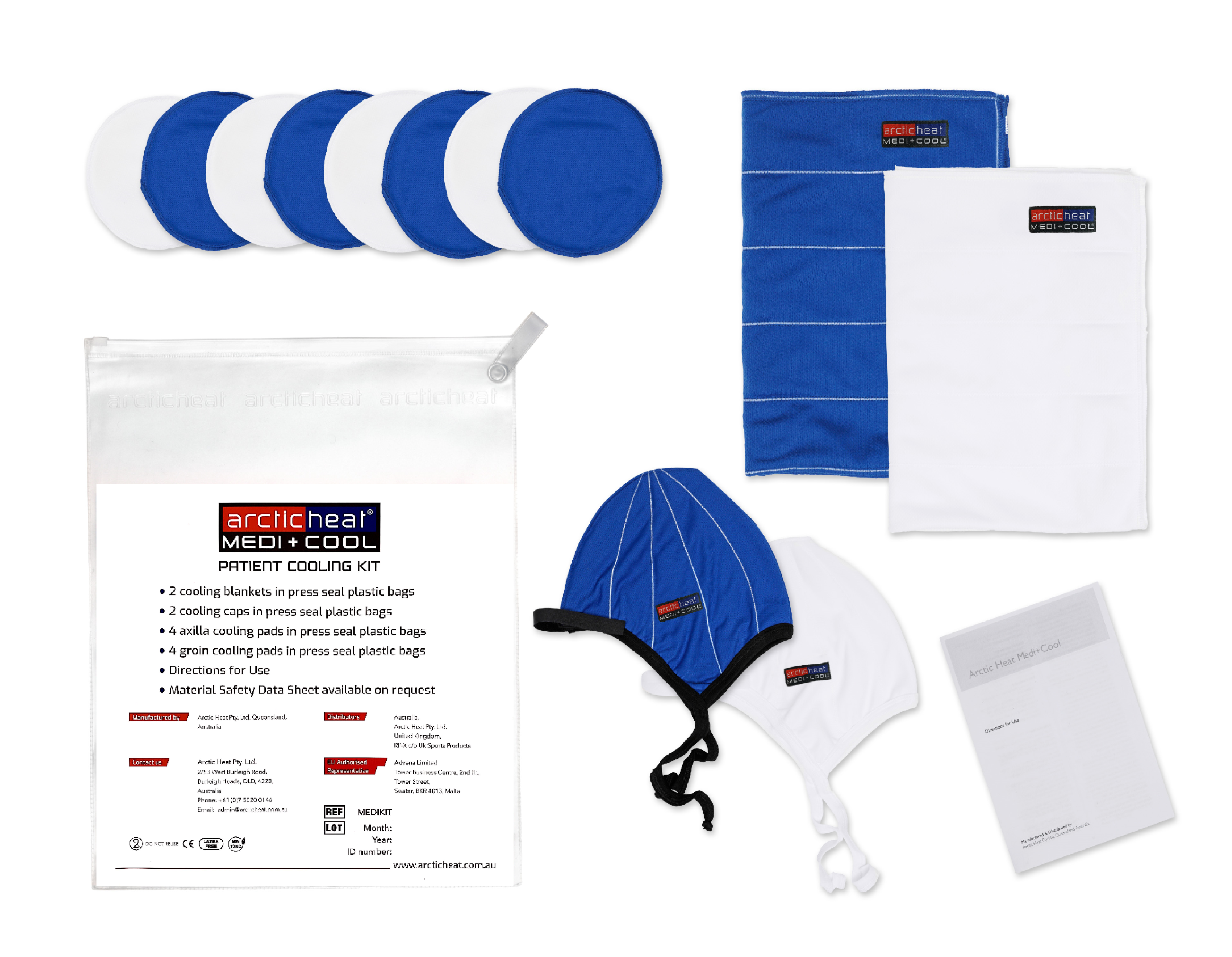 Ethan doesn’t like to miss running on his treadmill; he also works as a bartender and is a great sports enthusiast. Now that’s hardly what you can expect from a 60 something year old man who was clinically dead a few months ago!

On a hot Sunday afternoon, he had been playing tennis when he collapsed. His fellow mates found that he had stopped breathing and had no pulse, and promptly started resuscitation until the paramedics arrived and declared that he had a cardiac arrest. They sprang into action and promptly took measures to save his life and get his heart to beat once again. At this point of time, lowering his body temperature was of prime importance and the healthcare providers immediately used Medi Cool cooling kits while Ethan was taken in the ambulance. Cooling procedures facilitate in lowering core body temperatures and most importantly, prevent neurological damage which can occur during cardiac arrest.

In the words of a doctor, MD and emergency physician in a hospital – “Cooling is a proven method used in certain cardiac arrest cases to preserve brain function by reducing brain activity,”

What are cooling kits and how do they help during a cardiac arrest / heart attack situation?

Medical cooling kits like the ones that Arctic Heat has in the offering, are high performing external cooling kits that can be used to wrap the body and head of the patient. Arctic Heat MediCool is the only fully portable cooling kit which can be safely used in ambulances and intensive care units of hospitals. They are easy to use, safe and proven to be effective.

According to some studies, around 30 to 50% of people suffering from coronary heart suffer sudden cardiac death at some point during their illness. Sudden cardiac death refers to heart as well as circulation stopping suddenly. Resuscitation and subsequent cooling of the body prevents the brain cells from being irreversibly damaged, often resulting in the death of a patient.

Though medical cooling devices are more often used for people who suffered a cardiac arrest, this cutting-edge system has been effectively proven to lower the body’s core temperature to 34/32 degrees Celsius, slowing down brain metabolism and also preventing dangerous inflammation. They can also be used for temperature control caused by fevers and the treatment of heat stress.

Studies have shown if someone who has been resuscitated from cardiac death is effectively cooled in the early stages after the attack there is a reduction in mortality and improved neurological outcome.

How are the cooling kits administered?

The body is cooled on the surface with cold packs or special blankets, or internally with devices that cool the blood inside the vessels.

Medi Cool cooling kits act as a ‘skin safe’ method of therapeutic hypothermia for body temperature management after a cardiac arrest and have also been shown to have impacts in terms of quality of life, fast recovery and improved mental function.

Usually, medical cooling devices are administered within 4 to 6 hours after the cardiac arrest and may continue for several hours, up to 24 hours. Cooling blankets, ice packs or cooling pads will be used and the heart rate, blood pressure and other vital signs will be closely monitored. As per the requirement, the medical team may slowly rewarm you over several hours and cooling blankets will be set at higher temperatures for the same.

The patient will be closely monitored while being in the intensive care unit and the next medical steps will be based on the seriousness of the cardiac arrest as well as the degree of damage to the brain.

It may also be worthwhile to note that people may not always respond right away to the procedure, and it may take days. However, healthcare providers usually wait for up to 3 days to wait and watch. Also, though the success rate of the devices is high, there is no guarantee that this procedure will regain brain function.