How can MS patients keep cool with cooling products 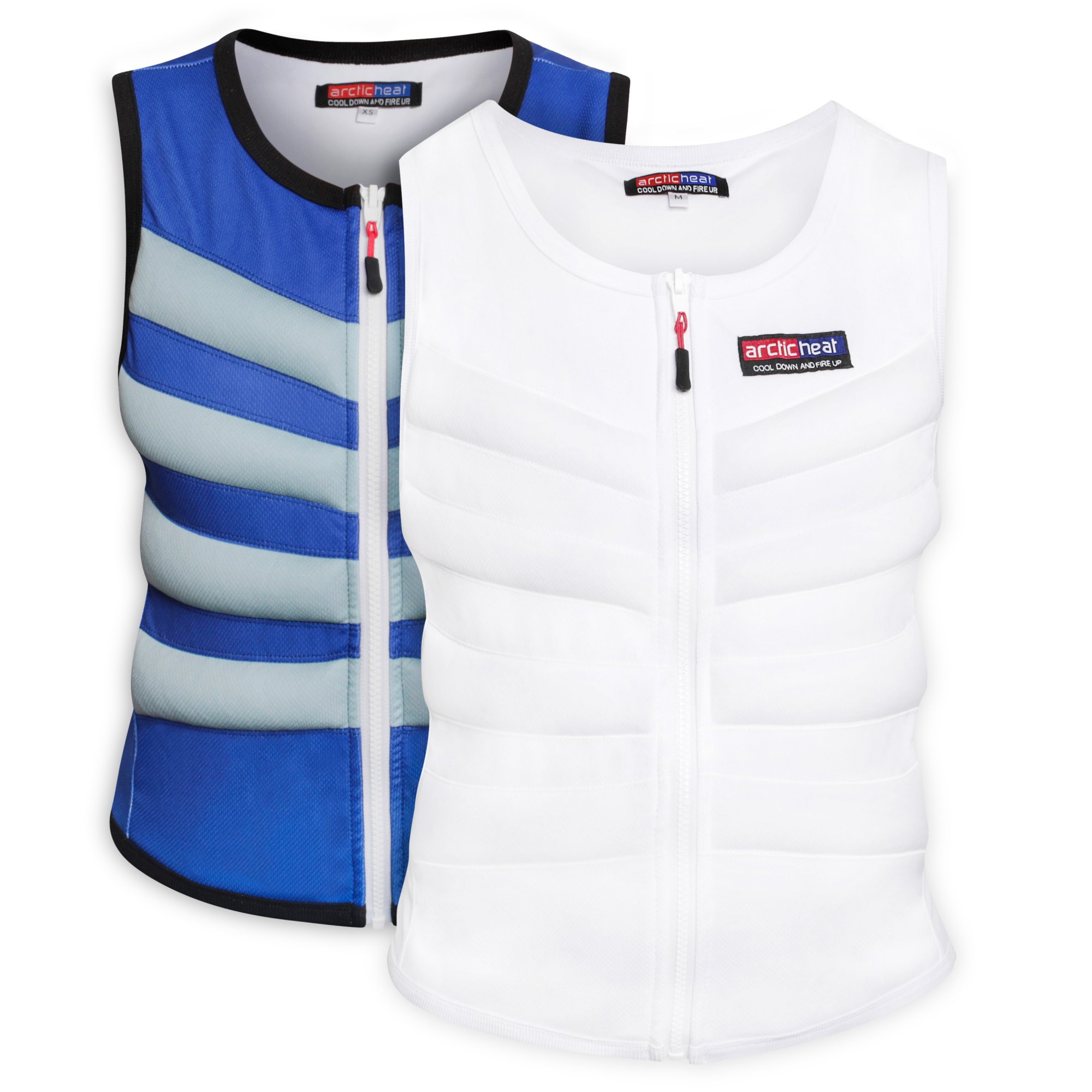 Nicole finds it extremely difficult to stay outdoor for longer times, be it in the garden – riding her lawnmower or out shopping in the supermarket. She ensures that every few minutes, while she is cutting the grass, she sprays water and soaks herself, before continuing again. While she is at the supermarket, she finds a place to sit and rest for some time as she gets tired after short intervals. After her body cools and she regains her strength back, she continues with her shopping.

Clearly, Nicole is a patient of Multiple Sclerosis or MS, which is a condition of the central nervous system, causing various neurological symptoms. It is an autoimmune disease in which the immune system attacks and destroys the protective covering of nerve cells (myelin) of the brain, spinal cord, and/or eyes. This disease causes an impairment of the nerve signaling of her body and could lead to the possibility of a variety of symptoms, like – muscle weakness, spasticity, pain, and other cognitive issues.

Why should people suffering from MS be concerned with heat and temperature?

Heat and high temperature can become an issue with people having a MS condition as it is observed in the case of Nicole, which is why the summer months can be quite a challenge for them. Heat and sometimes even humidity can worsen MS symptoms. Commonly known as Uhthoff’s phenomenon, it was first observed and explained by Dr. Wilhelm Uhthoff it in 1890.

People suffering from MS often face a temporary worsening of their symptoms in hot weather or when they run a fever. These temporary changes can result from as little as one-quarter to one-half of a degree elevation in core body temperature. An elevated temperature further impairs the ability of demyelinated nerves to conduct electrical impulses.

Heat causes an increase in inflammation in the body of people with MS so much so that they are crippled in their joints and even find it difficult to walk. Of course, the symptoms change from person to person but broadly, they include dizziness, numbness in the extremities, weakness, blurred vision, cognitive problems and tremors.

Stay cool with cooling products like vests from Arctic Heat

Studies have shown that cooling products minimize the negative effects of heat and help people indulge in activities that they generally miss, like walking, gardening, hiking or swimming. While overheating does not cause any permanent damage, it is mainly owing to the discomforts that make people suffering from MS, apprehensive of stepping out of the air-conditioned comforts of their homes, more so, in the summer months.

Cooling therapy and cooling products have been recommended by researchers and doctors, after it was found that MS patients performed better on tests of coordination, balance or ability to sustain any physical activity, after a reduction in their body temperature. One popular cooling device that has been found very effective for MS people is the cooling vest.

Arctic Heat offers advanced cooling vests that have been designed with revolutionary features – lightweight and easy to use. Used and tested by many, these vests help maintain your core body temperature, reduce flare-ups and prevent temperature fluctuations. It is essentially more useful for people who are exposed to higher temperatures for a longer period of time. Studies suggest that these vests also help people to not only improve their physical performance but also keep their mental health upbeat. In other words, with the help of Arctic Heat cooling vest, MS people have shown improved emotional well-being, physical and cognitive performance, and perceived fatigue levels.

Cooling vests have found significant applications in other conditions too like epilepsy and spinal injuries where they have been found useful to regulate core body temperature thus increasing their endurance capacity, reducing thermal strain and improving their performance. Also, in cases where people are prone to have seizures, these cooling vests help significantly in lowering down the temperature of the body and minimizing the risks of heat strokes.

So, now when you know that a cooling vest is the best symptom management tool for MS people, the next step is to get the right cooling vest that works best for you!